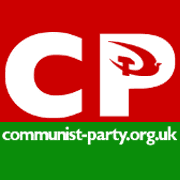 The Communist Party of Britain has warned that the danger of a military strike against Iran and a new war in the Middle East has not disappeared. In a statement issued today (Sunday, June 23), General Secretary Robert Griffiths said:

'The US and British military build-up in the region is real and escalating, replicating what happened before the disastrous bombing and invasion of Iraq and Afghanistan.
Until President Trump aborted the mission on Thursday night, the US military was about to launch air strikes to kill - by its own admission - at least 150 Iranian citizens, in retaliation for the loss of an unmanned US drone that was almost certainly violating Iranian airspace.
'The pretext for Western aggression is the attack on two tankers in the Gulf of Oman, for which the US and British governments hold Iran responsible on the flimsiest of evidence.
'There is no rational explanation for why the Iranian regime would attack a Japanese cargo ship and two boatloads of Iranian exports bound for Japan at the very time that Japan's Prime Minister is visiting Tehran to mediate between the Iranian and US governments.
'This crisis was provoked by the decision of US President Trump to withdraw unilaterally from the UN-backed "P5+1" deal with the USA, Germany, Britain, France, Russia and China whereby Iran drastically curtailed its nuclear programme so that it can only be used for civilian purposes. Since that withdrawal, US state power has imposed a wide range of vicious economic and financial sanctions which have devastated the Iranian economy and condemned millions of workers and their families to unemployment, poverty and hunger.
'The real motive for escalating this issue into a military confrontation is that powerful forces in the US political-military-industrial complex see Iran as a barrier to US domination of the strategically important greater Middle East region.
'The Iranian regime is accused of 'meddling' in the affairs of various Middle East countries by Western powers whose bombings and occupations have turned the region into a killing field, where hundreds of thousands of people have been killed and millions more have fled their homes.
'The US and British war criminals who caused this bloodshed have yet to be brought to trial. Likewise, their allies in Israel and Saudi Arabia have yet to face justice for their barbarous attacks on the peoples of Palestine and Yemen, respectively.
'A military attack on Iran will plunge the region deeper into bloodshed and set back the struggle for democracy and social justice in that country by enabling the reactionary, theocratic regime in Tehran to pose as the defenders of national sovereignty.
'Western military intervention in the Middle East must end. Britain must cease playing 'Little Mr Echo' to every US President, trumpeting the same crude propaganda before following the US military into its murderous adventures.
'This latest crisis also underlines the need for a left-led Labour government that will break from the US-NATO-EU alliance to pursue a genuinely independent foreign policy based on social justice and solidarity between the world's peoples'.
Britain's Communists have signed a joint statement with scores of other Communist and workers' parties condemning Western sanctions and threats of war against Iran, including the Tudeh Party of Iran and parties from Syria, Lebanon, Palestine, France, Russia, Turkey, India and South Africa.

Posted by Party of Communists USA at 5:46 PM