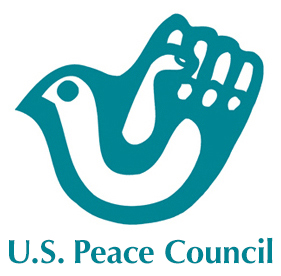 Make A Tax-Deductible Donation to theEmbassy Protectors’ Defense Fund
NEED YOUR URGENT SUPPORT TO DEFEND THE VENEZUELAN EMBASSY PROTECTORS
Dear Friend of Peace and Justice,
Embassy Protection Collective (EPC) members stayed in the Venezuelan Embassy in Washington, DC for 37 days to protect the Vienna Convention and prevent an escalation of conflict with Venezuela. During that time, EPC members inside were cut off from receiving food, electricity and water. Those who tried to deliver food to them from outside were physically assaulted. All EPC members were subjected to loud noises, strobe lights, harassment, threats and intimidation. On May 16, federal agents raided the embassy and arrested the four remaining EPC members inside.
Four members of the Embassy Protection Collective — Kevin Zeese, Margaret Flowers, David Paul and Adrienne Pine — have been charged with “interfering with protective services" of the federal government. They face up to a year in jail and up to a $100,000 fine. There are also other activists who were arrested outside the Embassy and are now facing trials, including the costs for one EPC member who was severely injured by the pro-coup mob while trying to deliver food.
Your donation will support EPC members who are now facing federal charges by a state with unlimited resources. The government is intent on making an example of EPC members.
We must be aware that these trials are going to have far-reaching implications that go beyond the issue of the Venezuelan Embassy. A negative outcome could be used to silence any opposition to the government's violations of the law in the future.
We need to raise $50,000 to pay the legal fees for three lawyers who are not court-appointed and to cover costs involved with discovery / information requests and reviewing the data.
With your tax-deductible support, the Embassy Protectors Defense Committee will help the EPC members put forward a strong defense of their actions.
Be an Embassy Protector by donating today.
Please visit our web site at https://DefendEmbassyProtectors.org to make a tax-deductible donation. And Please accept our sincere thanks for your generous solidarity.
You can also help this important campaign by:
Thank You.
Embassy Protectors Defense Committee
Email: admin@DefendEmbassyProtectors.org Web Site: https://DefendEmbassyProtectors.org
Posted by Party of Communists USA at 9:10 AM