CP of Swaziland, SPS supports calls for a people’s government in Sudan 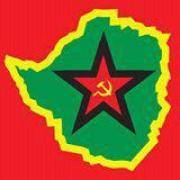 Communist Party of Swaziland supports calls for a people’s government in Sudan and justice for crimes committed against the people; progressive voices in Africa must stand up and be counted

The Communist Party of Swaziland (CPS) supports the popular calls for a people’s government in Sudan and that those who have caused untold pain to the people of Sudan through the decades of dictatorship and the recent days be face justice. This support is made in line with the CPS’s international outlook, particularly in the African continent, that the unbridled killing, arrest, torture and arbitrary arrest of the people by some African regimes must come to a halt.

The latest bout of massacre in Sudan took place on Monday 29 July 2019, perpetrated by the army and the security forces in Al-Obeid city. In Al-Obeid eight people were cowardly shot, all in the head, and tens were injured. This led to thousands of mass protesters taking to the streets in the capital and other major cities condemning this cold-blooded crime, demanding that the culprits be brought to justice and holding the Transitional Military Council (TMC) as solely responsible for these crimes against the people.

The CPS calls upon all progressive forces in the African continent and beyond to amplify their voices against such crimes and dictatorships, for the democratisation of the African continent. Dictatorial regimes like those of absolute monarch Mswati in Swaziland, Omar Al-Bashir in Sudan and others use the very loud silence of the progressive voices in Africa as a justification for their crimes. The people of Sudan should not be left to fight alone. Let the progressive voices in Africa stand up and be counted!