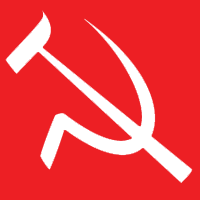 CPA International Department
November 2019
The Communist Party of Australia (CPA) condemns in the strongest possible terms the US-backed right-wing military coup against the democratically elected President of the Pluri-national Republic of Bolivia, Evo Morales. We note that the anti-patriotic forces involved in the coup d’état in Bolivia were backed by foreign interests and preparations for it began well before the presidential elections held on 20th October.
The CPA expresses its solidarity with President Evo Morales, his family, his government and supporters as well as the Communist Party of Bolivia who are now victims of fascist like repression inside Bolivia.
The CPA also expresses its solidarity with Cuba, Venezuela and China whose diplomatic missions have been victims of attacks and were given 48 hours to leave Bolivia.
Who benefits from the coup d’état? The mining conglomerates whose interests were nationalised and put in the service of the once abandoned Bolivian people.
Many of the supporters of President Evo Morales are indigenous people who have resisted for more than 500 years oppression and institutionalised racism.
President Morales and his Movement towards Socialism (MAS) managed over almost 14 years in government to transform the economy of the country, creating thousands of jobs, providing education and health and opening the possibility of a new Bolivia for all.
President Evo Morales’ latest project was to nationalise and put into the service of the people the vast reserves of lithium and other national resources, infuriating the mining conglomerates who are hungry for private profits. These highly valued minerals are used in batteries to power new hi-tech cars and smartphones. He aimed to improve the manufacturing sector of his country rather than just extracting raw materials.
It is clear that the coup leader Luis Fernando Camacho, whose family has links with the mining sector, would not allow another electoral victory of President Morales. The coup leaders have sold their country out to foreign interests by refusing to recognise the will of the people in the recent presidential elections.
The Communist Party of Australia views with concern recent events in Latin America, with right-wing forces backed by US interests and supported by the Organisation of American States aiming to remove progressive governments and so heralding a return to the worst years of military-backed governments.
The attack on progressive governments in the region is an attack on workers and the popular strata. It raises big questions about the right to win government and the struggle for political power capable of working in the interest of the people.
We call on the Australian government to reject the coup d’état against Evo Morales and for the re-establishment of the democratic process as expressed by the Bolivian people on 20th October 2019.
Long live working-class internationalism!
In socialism,
International Department, CPA

Posted by Party of Communists USA at 7:46 AM