Save the Los Angeles Peace Center! Stop the Sale! 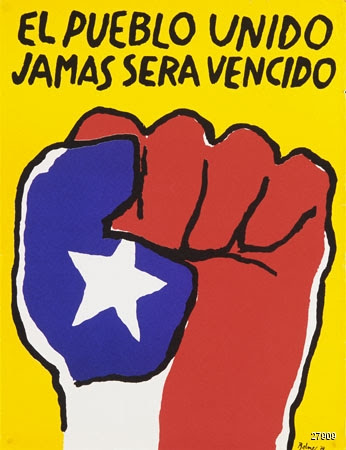 Since 1989, the Peace Center, created and funded through the generosity of Aris Anagnos, has provided rent-free offices and meeting spaces to diverse peace and justice groups throughout Los Angeles, enabling them to focus on the work they do best: educating and organizing for justice. The Peace Center’s continued existence is now being threatened. The building is for sale, and all the tenants have been told to leave.

The groups housed in the Peace Center include: the Center for the Study of Political Graphics; the National Lawyers Guild; Peace Action; California Clean Money; Common Peace;  Americans for Democratic Action; the Committee in Solidarity with the People of El Salvador; and the Network in Solidarity with the People of Guatemala. The Peace Center’s impact extends much further. Countless progressive groups use the meeting rooms—for free—to organize, train, educate, fundraise, and celebrate. These include the Democratic Socialists of America, the Pacifica Foundation, Veterans for Peace, Jewish Voice for Peace, Health Care for All, and the American Civil Liberties Union. All that could be gone! Many of these organizations depend on the rent-free space at the Peace Center and, if taken away, may no longer be able to continue their peace and justice efforts. At a time like now, when social justice is at the forefront of the news and politics, these organizations are a critically important and vital part of the debate and cannot be lost.

A lawsuit to stop the sale of the Peace Center and challenge the dissolution of the foundation has been filed by the Center for the Study of Political Graphics. CSPG is represented by Jason H. Tokoro and  Emily Sanchirico with the law firm Miller Barondess. While CSPG is but one of the beneficiaries of Aris’ generosity, the success of this lawsuit will protect all the peace and justice organizations housed in and using the Peace Center.

At a time when civic engagement is increasingly important, it would be catastrophic to all their work, and to Aris’ vision, to destroy the Peace Center. In the midst of a pandemic that has the greatest impact on the poor and people of color, the Peace Center is needed more than ever.

We are outraged at the attempt by Demos to subvert Aris’ legacy and lifelong commitment to the cause of peace and justice. Help us win this fight by adding your name to the attached letter which we will release to the press. Thank you for joining us in a show of support for these efforts.

ad hoc Committee to Save the Peace Center:

(affiliations listed for identification only)

Carol A. Wells, Founder and Executive Director, Center for the Study of Political Graphics (CSPG)

Ted Hajjar, CSPG Board of Directors

Scott Johnson, CSPG Board of Directors

Roger Lowenstein, CSPG Board of Directors

Bob Schwartz, Center for Cuban Studies Board of Directors

The undersigned oppose the sale of the Los Angeles Peace Center. Everyone signing will receive updates on our fight to preserve this priceless resource. No contact information will be sold or traded.

Thank you for helping to save the Peace Center.

Posted by Party of Communists USA at 6:29 AM